In order to incentivize liquidity providers, the STBZ/ETH pool receives 50% of all new tokens.

Part of the profit from the strategies will go to the staking pool as WETH. So in addition to burning STBZ tokens into the treasury, holders of STBZ can stake their tokens and passively earn WETH generated from the strategies. The end result is a system that is win-win for all entities involved. Depositors earn interest and tokens, stakers earn WETH and the underlying protocol used is not price-suppressed by constant selling of their governance token.

ZS pools offer depositors a new option to earn on their stablecoins. ZS pools use active trading strategies to automatically take advantage of price differences between the stablecoins to earn more for depositors and STBZ holders.

Tokens in ZA pools are sold against each other using Uniswap to increase the total amount of tokens in the pool. Currently, the active pools trade upon wrapping and unwrapping when certain parameters are met. They also trade when executors execute trades.

To provide benefit for the Stabilize community, a percentage of the profit from each trade will be converted to WETH and split between the Stabilize treasury and STBZ staking pool.

The APY posted on the zs wrappers is an estimate based on historic performance of the strategy. The strategy doesn’t earn continuously. It only gains when there is trading activity. This means if you wrap into a strategy and unwrap before a trade takes place, the balance you redeem will be the same as what you put in, regardless of how long you were in the strategy.

To start using ZS pools, simply wrap your stablecoins in a ZS wrapper found here. You will receive a certain amount of zs-tokens which represents your share in the stablecoin strategy.

To redeem your share of tokens back, just unwrap the zs token, and you will receive a certain amount of tokens back. You will receive whichever asset has the largest balance first (i.e. the lowest priced asset) then other assets sorted by their decreasing balance. However, the total quantity of tokens redeemed will never be smaller than what you put in. To swap redeemed stablecoins for any other (stable)coin, just simply go to Curve.fi, 1inch, or Uniswap.

In a given zs wrapper, all deposited tokens are considered equal in value to each other.

It is important to note that in ZS pools, users are exposed to risk from every asset in the pool. Because the pool will consistently try to trade for more of the lowest priced asset, if a coin in a ZS pool starts to fail or lose significant value, the funds in the pool could also lose significant value. However it is possible to halt trades in one of these pools if necessary via dev action or community proposal.

FRAX is a novel type of stablecoin that is partially backed by collateral, currently USDC. It combines both algorithmic stabilization factors, similar to what we’ve seen with seigniorage tokens, via its Frax Share token (FXS) with an additional collateral backing. This gives it more stability than most seigniorage tokens yet offers some protection from market effects caused by collateral collapse.

The team at Stabilize has developed a way to both help promote the peg of FRAX while earning via natural price variability around its peg.

In the zs-FRAX pool, users wrap FRAX into an arbitrage strategy. The strategy looks at the difference in price between FRAX and USDC. It will continuously swap the higher valued asset for the lowered valued one. This will increase the overall amount of tokens earned by the strategy. Also, this will help normalize the price of FRAX to match that of USDC, a relatively stable stablecoin. In the long run, it will help decrease the volatility of the pair.

When redeeming, users will first get back FRAX then USDC if the strategy doesn’t have enough FRAX. This means if you deposit 1000 FRAX to get zs-FRAX, when you redeem your zs-FRAX, you will get back either at least 1000 FRAX, 1000 USDC or a combination of both.

Currently most stablecoins in existence remain stable via their connection to an asset. This can be a real world asset such as USD with USDT and USDC, a cryptocurrency asset such as ETH with DAI or a synthetic asset with sUSD. These type of stablecoin systems have shown resilience over the years but are still vulnerable if the assets they are linked to fail or if they lose their connection to the assets. Seigniorage tokens are a new type of stablecoin that tries to remain stable around their peg without needing to be asset-backed.

What is a seigniorage token?

Seigniorage tokens are tokens that increase or decrease their supply based on the token price determined by a price oracle. When the price is above the target price, the token DAO mints new tokens to DAO participants, LP providers and coupon holders, hence why these tokens are called seigniorage, where governance gets the minting tax. As the supply increases, the price is expected to drop.

When the price is below the target price, the token DAO makes available coupons or bonds that can be purchased with tokens at a discount. The tokens are then burned to decrease the supply. As the supply decreases, the price is expected to rebound. Coupons have expiration dates so they are the riskiest part of the process but also the most important. It can almost go without saying that these tokens are experimental so use caution before getting involved.

Unlike other dynamic supply tokens (i.e. rebasing), wallet balances for seigniorage tokens do not change in amount unless you participate in the DAO thus giving peace of mind to passive holders. We at Stabilize see promise in these type of tokens.

Wrap your seigniorage tokens to earn in both expansion and contraction

As Stabilize is a platform to help promote the peg of stablecoins, we can do that with seigniorage tokens as well. Because these tokens can have wild price swings above and below their target pegs, the strategy takes advantage to profit from the swings. In this strategy, depositors can earn in both expansion and contraction phases.

Depositors can wrap three different types of seigniorage tokens into the interest earning zs-SGR tokens. These tokens are ESD, DSD, and BAC. In this strategy, when deposited, the tokens are considered equal in value to each other. Tokens are then sold against each other using Uniswap to increase the total amount of tokens.

To redeem your share of tokens back, just unwrap zs-SGR and you will receive a certain amount of seigniorage tokens back, in whichever asset has the largest balance first then other assets sorted by their decreasing balance. This means if you deposit 1000 ESD to get zs-SGR, when you redeem your zs-SGR back for seigniorage tokens, if DSD has the largest balance, you will redeem DSD first; however, the total quantity of tokens redeemed will never be smaller than what you put in. So you will get back at least 1000 seigniorage tokens. To swap redeemed tokens for any other coin, just simply go to Uniswap.

zs-BMSGR is identical to zs-SGR, except that the tokens in the pool are BAC & MIC.

Wrap your stablecoins into zs-USD

Depositors can wrap four different types of stablecoins into the interest earning zs-USD tokens. Those stablecoins are USDC, DAI, USDT and sUSD. In this strategy, when deposited, the tokens are considered equal in value to each other. Tokens are then sold against each other using Curve.fi (arbitrage) to increase the total amount of tokens in the pool. In addition, users receive AAVE lending rewards on top of arbitrage profits.

As this process repeats upon deposits and withdraws, the zs-USD strategy will help depositors earn interest on their deposit without needing to manually switch pools and Stabilize will bring more stability to stablecoin prices by selling overpriced coins and holding under-priced ones until they become overpriced.

The zs-USD strategy is a bit different than your average vault-strategy. Instead of farming other protocols and selling their governance tokens for profit, this strategy uses real trading techniques to benefit depositors and the crypto ecosystem as a whole.

As hacks and exploits have become very common in this space, the team has taken special precautions to protect depositors against the most common types. We have incorporated mechanisms in the zs-USD strategy that were inspired by postmortems of other protocols’ hacks.

The main concern is vulnerability to flash loans. The zs-USD contract has specifically two protections against flash loan exploits. The first protection is that the strategy prevents contracts from depositing and redeeming in the same transaction which is what flash loans exploits must do in most cases to work. Secondly, the strategy will not trade when activated by a smart contract thus limiting the opportunity for external protocol manipulation (such as draining the Curve pool).

Another concern is re-entrancy attacks and malicious user input. All tokens in the zs-USD strategy are whitelisted to avoid arbitrary code execution. The entry points for user input are checked for sanity to prevent unexpected behavior. In addition, the strategy utilizes a re-entrancy guard for unforeseen edge cases.

Finally, when the strategy does arbitrage trading to increase its total stablecoin balance, it checks to make sure the trades are profitable and will revert the transaction if they will not be. This assures that all trades provide a positive return.

zs-BTC is a pool for pegged BTC tokens. It functions identically to zs-usd, except that it pools renBTC, wBTC, and sBTC.

zs-ETH is a pool of proxy and staking tokens: wETH, ankrETH, and stETH. 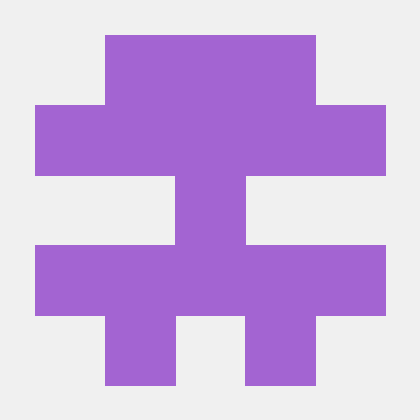 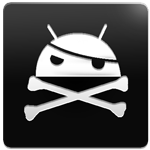